Young Boys Academy, Tanzania conducted successfully the Founding General Meeting on 8. September 2020. The meeting was called by the founding members Holger Kristiansen and Bo Kristiansen. In the meeting was the suggested Constitution approved and the Directors to the Board were elected.

Young Boys Academy, Tanzania has also been registered on Government level in Denmark and has received Certificate: CVR number 41676469 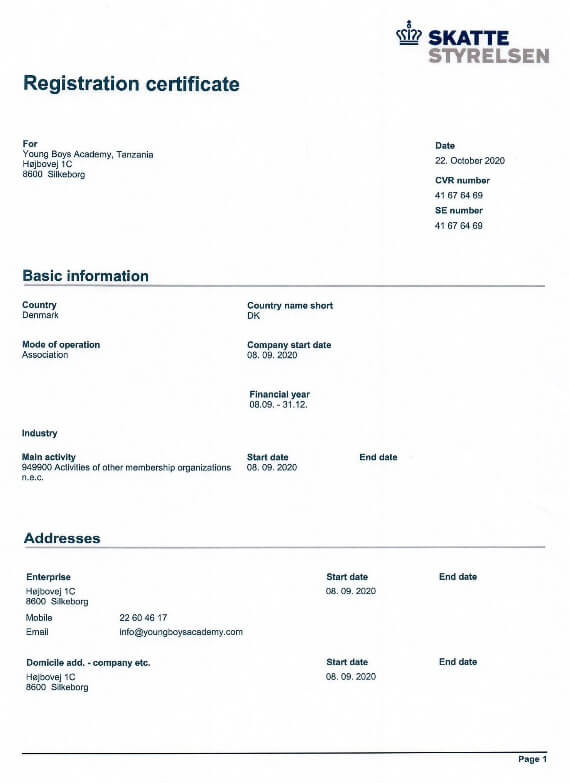